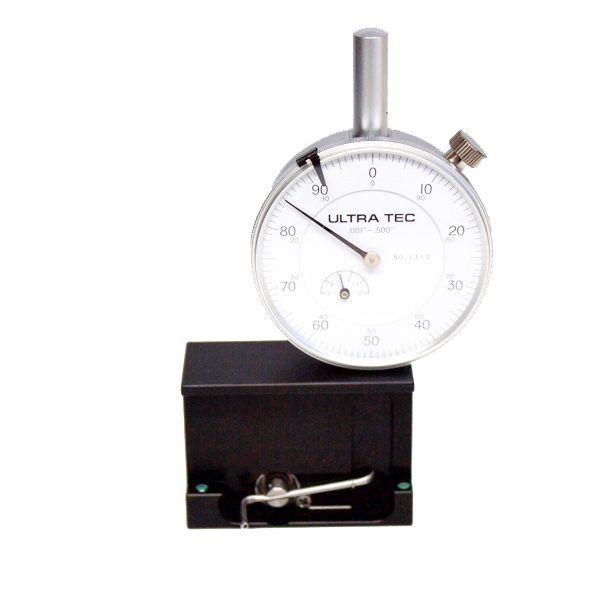 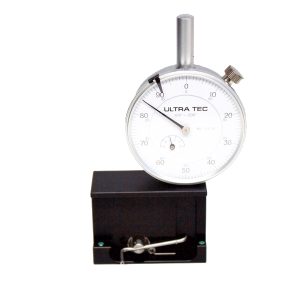 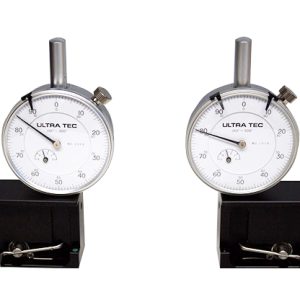 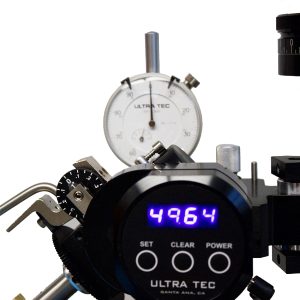 $344.00
The Dial Indicator Attachment was originally designed for use on the V2 faceting machine in the 1970’s.  At that time, in the absence of a visual indicating device, it was necessary to depend on “feel” and “sound” to know when contact had been made with the Angle Stop.  Faceting was a “blind” operation – the grinding and polishing “action” occurring between the stone and the lap, where it can’t be seen.   Introducing the Dial Indicator Attachment changed that, providing “eyes on the lap”– telling the faceter, as the action proceeded, the exact position of a facet relative to the aimed-at stop. It did this with great precision -“speaking to the faceter all the time” – with the needle pointing to increments of .0005” as it moves toward the aimed-at 0 stop position.   The Dial Indicator Attachment does fit to the V5, and, although the information it provides is redundant to the DAD, we found that some faceters (notably the late Stephan Kotlowski) liked to use them both (he said that the visual movement of the needle gave him a picture of the rate of removal). The standard VL faceting machine comes with a built-in Dial Indicator Attachment.

REDUCED INSPECTIONS–Inspections are reduced dramatically–in roughing, by perhaps 90%–greatly reducing faceting time. Importantly, that makes the faceting process easier on your eyes–leaving them fresh for the final polishing.

FEELING AND BEING IN CONTROL–The Dial Indicator Attachment “talks to you” all the time–from the start of the grinding action to the end.  It tells you how much material remains to be removed and how fast it’s coming off–when changing laps, it finds the new surface exactly, without trial cuts–it tells you if you mis-index–it puts you “in-control“.  You know what’s happening as it happens (instead of inspecting afterwards–often too late).  Its advantages are not fully describable in only technical terms–it’s as much the feeling and the knowledge of being in control that’s so important.

0
Your Cart is empty!

It looks like you haven't added any items to your cart yet.